We arrived in Christchurch on 16th April in the early hours of the afternoon and the first thing that struck me was how much building work was going on in this city. I had heard that this was one of the places in New Zealand that had been affected greatly by past earthquakes; most notably those in 2011, but I didn’t quite realise that the city hadn’t recovered yet. I guess I naively thought that because NZ is a developed and westernised country, they would bounce back from natural disasters almost immediately. The reality is very different however.
Much of the city consists of construction sites and cordoned off derelict buildings, many of which are apparently still waiting for insurance pay outs. 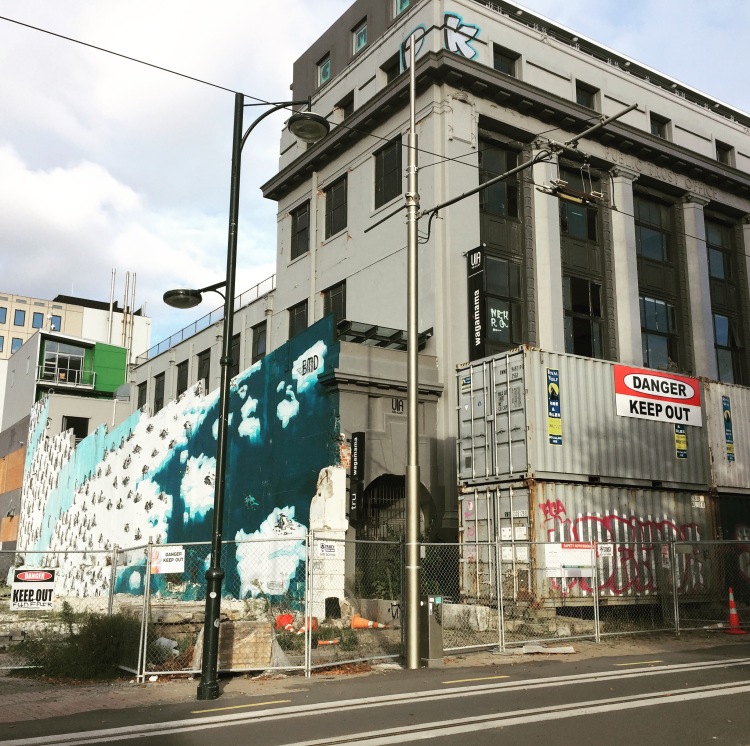 Christchurch has however bounced back in many ways, although the aesthetic of the country suggests otherwise. The city goes about its everyday business, the beautifully traditional trams trundle along the streets and a temporary shopping centre has even been erected using shipping containers. This city may be one that has suffered more than it’s fair share of tragedy and god damn bad luck, but it has an endearing and determined character about it that is inspiring. 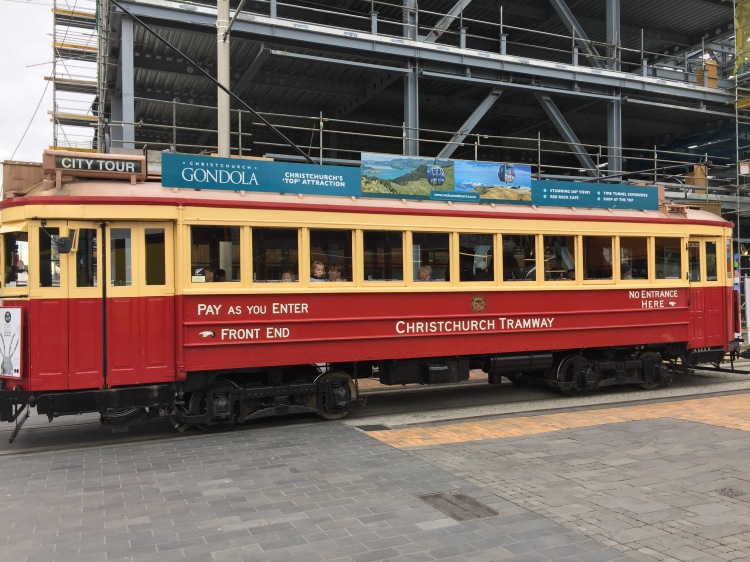 Unfortunately we arrived here over the Easter Weekend and as such, a lot of shops and restaurants are closed. We did however enjoy exploring the city as well as sorting some things out before flying to Australia on the 18th.