As previously mentioned in my ‘Update’ post, on 13th March we flew to Kuala Lumpur via AirAsia.

We arrived into the city centre by midday and checked into our hotel, which I had booked especially for Matt’s birthday. The Face Suites is situated in the centre of Kuala Lumpur, near Bukit Nanas monorail station and near the Petronas Towers. It is a 51 story building with self-catering apartments and a fitness centre and infinity pool on the roof terrace. 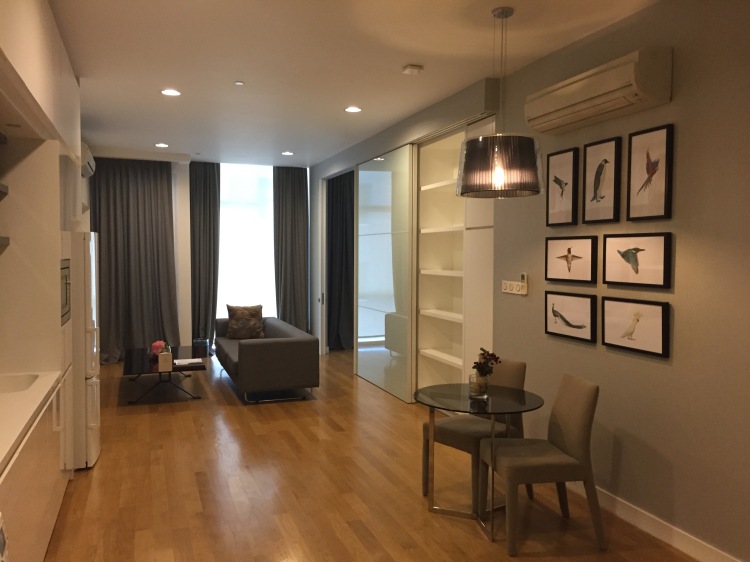 When we first got to our room, we spent an hour admiring our surroundings; it’s true that the apartment was too big for what we needed, but the real reason I had booked this place was for the view at the top. We decided to spend our afternoon shopping as we both needed to pick some things up before heading to New Zealand and found a centre two monorail stops away. 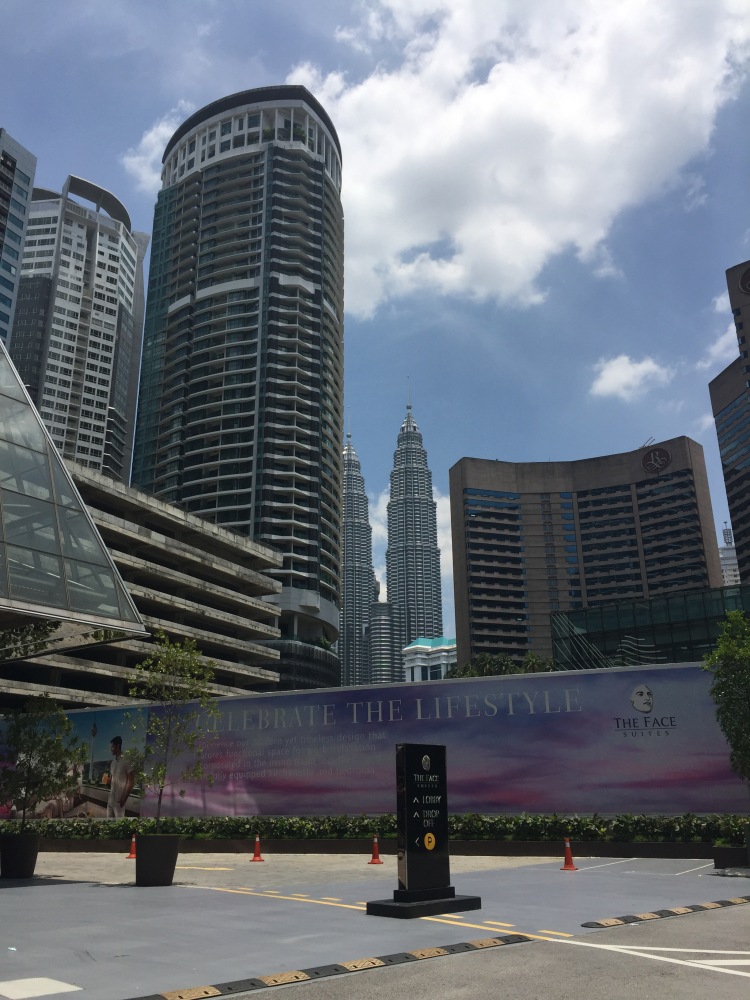 Kuala Lumpur’s public transport system is so cheap and easy to use! You pay for your destination (two stops cost us around 25p) and you get given plastic coins instead of paper tickets to get through the barriers, which then get reused once you exit the station. Kuala Lumpur’s shopping centres are like nothing I have ever seen before! We went to two during our stay and they were huge and had every single designer and luxury brand you could ever think of. This city is a good one to be in if you are rich that’s for sure! We spent the afternoon picking up bits and bobs and headed back to the hotel at around 7pm. We went straight up to the roof terrace and spent the next few hours enjoying the pool and watching a thunder storm rage about the city as the night fell. 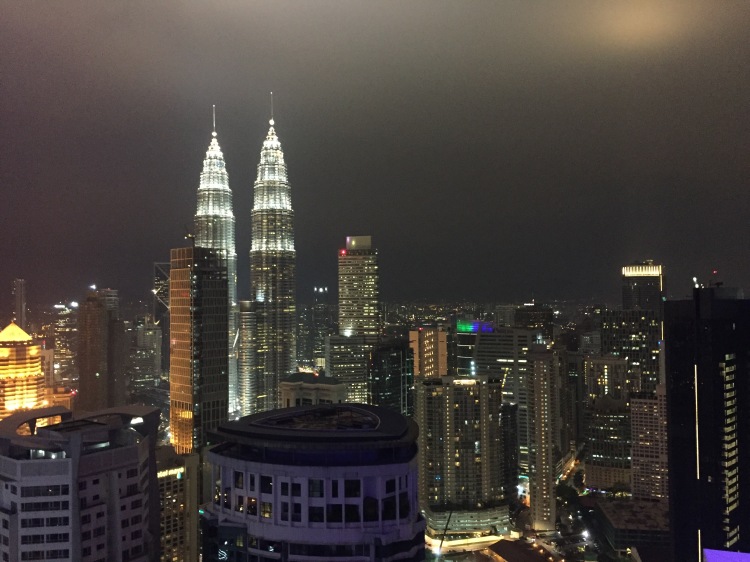 The next morning we caught the monorail and overland train out to Batu Caves, a Cave that houses a Hindu temple and a hell of a lot of monkeys. We spent a couple of hours here exploring the various chambers, trying our hardest to avoid the monkeys (after reading about Rhiannon’s monkey biting mishap in India, I am now terrified or the little blighters) and it turned out the stalactites after one fell and shattered metres from one poor lady, who must have seen her life flash before her eyes. 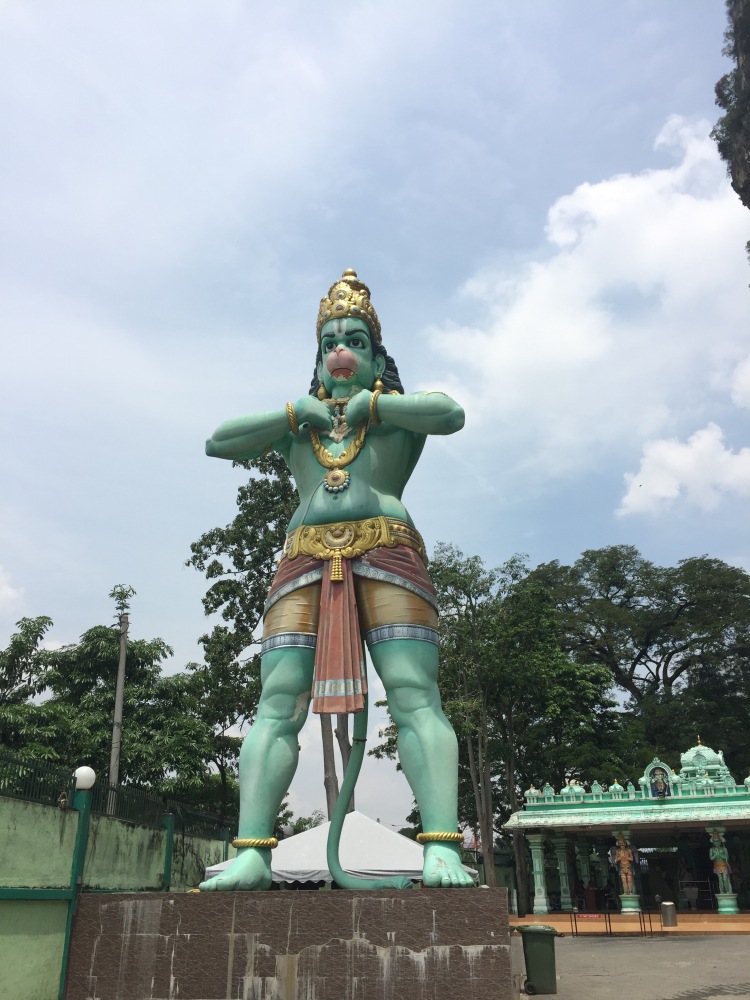 We then headed back to our hotel where we took a detour to the Petronas Towers, in order to see them close up. It was then we realised that the Towers had a shopping centre attached, and more shopping ensued. Here we decided to have Matt’s birthday meal, which turned out to be Nando’s and Haagen Dazs waffles (we were very excited to see familiar eateries) and god it was so good!

I wish we could have stayed in Kuala Lumpur and our gorgeous hotel a little longer, especially as for the next three months dorm rooms will become the norm! I also wish that we had the time to explore a little more of Malaysia. Just two days in Kuala Lumpur was enough to show me how diverse Malaysia is, with a large Islamic community living in seeming harmony with Hindu and non-religious groups. It would have been great to explore the history behind this cosmopolitan nation, as well as the more rural areas. Maybe one day!