One of the reasons I wanted to visit Cambodia in the first place was to see Angkor Wat; the hugely famous ancient temple that adorns the country’s flag and the largest religious site in the world. I was excited to visit a temple and city that were a mixture of structure and ruin, imagining sights bearing resemblance to the monkey kingdom in the Jungle Book (always a Disney fan). We only had one full day in Siem Reap and therefore to make the most of our time, we decided to jump on the tourist bandwagon and organise a sunrise trip to the UNESCO World Heritage Site.
First we looked up guided tours, thinking that this could work out to be the cheaper option with detailed information about the sites that we were visiting. How we were wrong! Most of the guided tours we looked at wanted $65 for the guide, an extra $5 each for sunrise and $33 for the rental of a vehicle. This didn’t include any entrance fees or food; safe to say we didn’t pick that option!

We decided to just go around the site ourselves, and booked a tuk-tuk driver for the day. He wanted $20 which included sunrise, so already $13 cheaper than the rented car would have been alone! We met him at 4.45am outside our hostel (how I managed to roll myself out of bed I don’t know) and headed to the ticket office.

Now to be fair we had been warned by a couple of travel acquaintances that the entrance prices had gone up by a lot, however it’s only when you add it all up at the end of the day that you realise how much of a rip off this place has actually become. Entrance to Angkor Wat and the surrounding site was $37 each. I was expecting to pay max $20 and I would have thought that was overpriced. But because we were there and I desperately wanted to see it, we paid the money along with every other person there that morning. 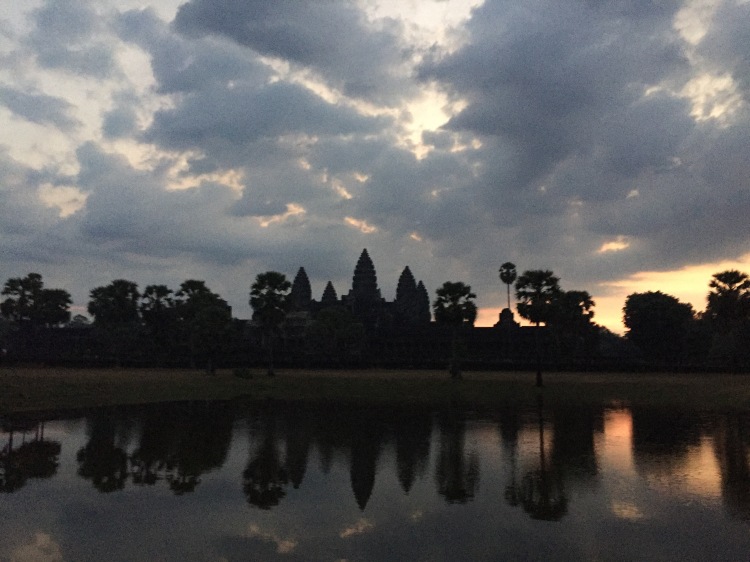 We got to Angkor Wat and watched the sunrise with about 200 other people. It was pretty but cloudy and after fighting for a good view over the lake, it kind of ruins the whole experience. Then we had a quick look around the inside of the temple, which had no information whatsoever about what we were looking at ( I’m guessing that they expect you to pay extra for a tour guide), then our tuk-tuk driver took us into Angkor city were we visited around 6 or 7 temples. The first was pretty impressive, we climbed right to the top and had some great views and it did remind me of the monkey kingdom in the jungle book. It was also great to imagine what these structures would have been like all those years ago when they were first built. However after that they were all the same. They looked the same, had the same features and once again had no contextual information either. Team that with the extreme heat (it was around 32 degrees at night in Siem Reap), and I had had enough by 9.30am. 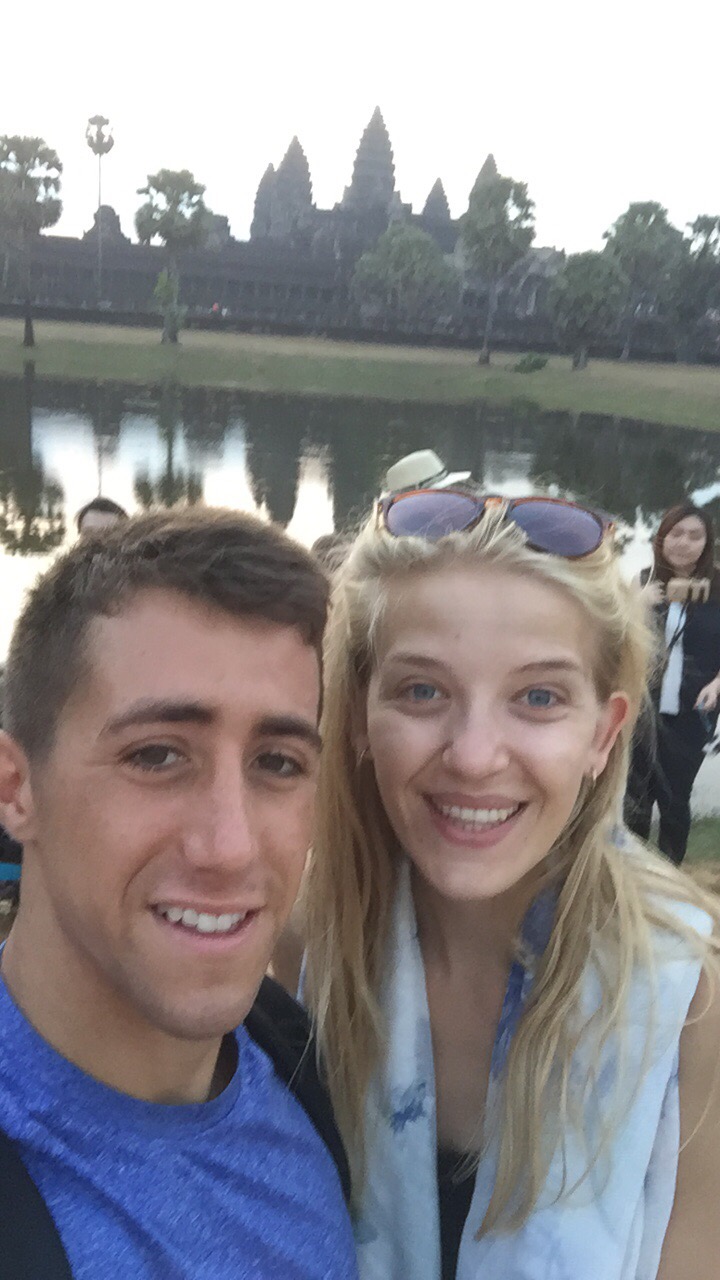 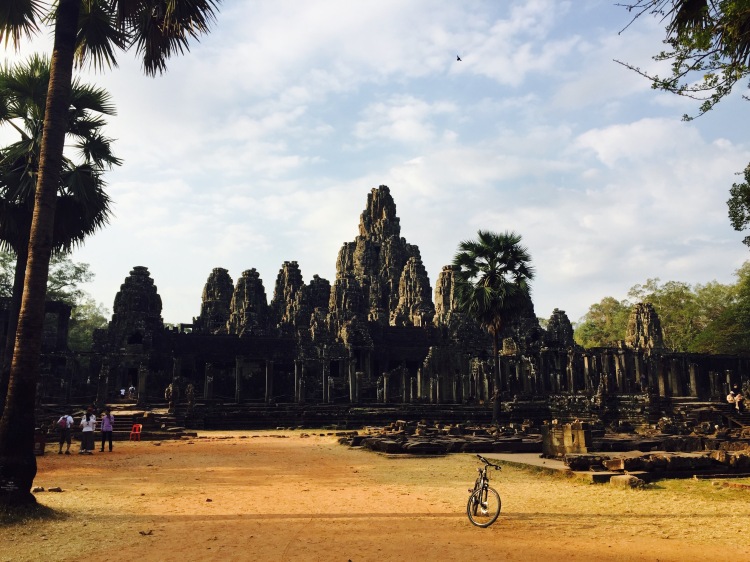 Yes that might be bad, but I’m not a history geek and I also find it difficult to stay interested in something if I’m not being fed any info. It’s just a bunch of sandstone brick to me. We went to the temple that was used in tomb raider, but this was lost on me because I’ve never seen the film and by midday we were back in Siem Reap having lunch and wondering where the hell all our money had gone. 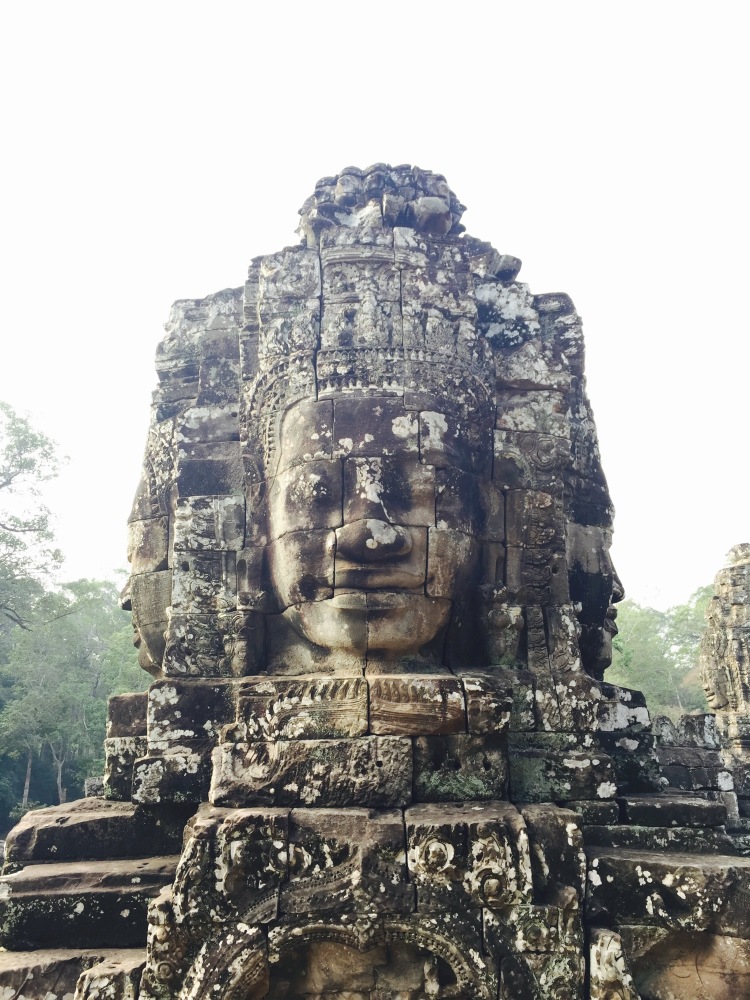 The truth is that Angkor Wat is far enough away from Siem Reap city that you need to get transport. It’s also somewhere that nearly every single traveller and tourist will head to when they visit. They know that people will pay the entrance fees and the transport fees because hey we’re here and it’s a once In a lifetime thing and I’ve always wanted to see it. Angkor Wat gets over 2 million visitors a year. Think how much money that is?! And when you consider that external funding from, for example the Chinese government is paying to restore many of the onsite temples, you really do wonder where your money is going.

This was honestly one of the places I was most looking forward to, and it ended up being the most disappointing of everything I’ve seen in my travels so far. Such a beautiful site has been tainted by tourism and turned into a business which seems to have no other aim than to bleed visitors for as much money as possible. Contrary to popular belief in Cambodia, not all westerners are millionaires and while I know it’s such a poor country, I fail to belief that the huge amounts of funds going into that place are helping a great amount of people. To top it all off, it has long been established that the amount of visitors to the site are destroying the structures; or what is left of them. People climb on the sandstone and are not chastised or advised against it – to be honest half the time it was the only way to get around the place! Calls to limit the crowds seem to have gone unnoticed and it’s a real shame that money seems to have become more important than anything else. 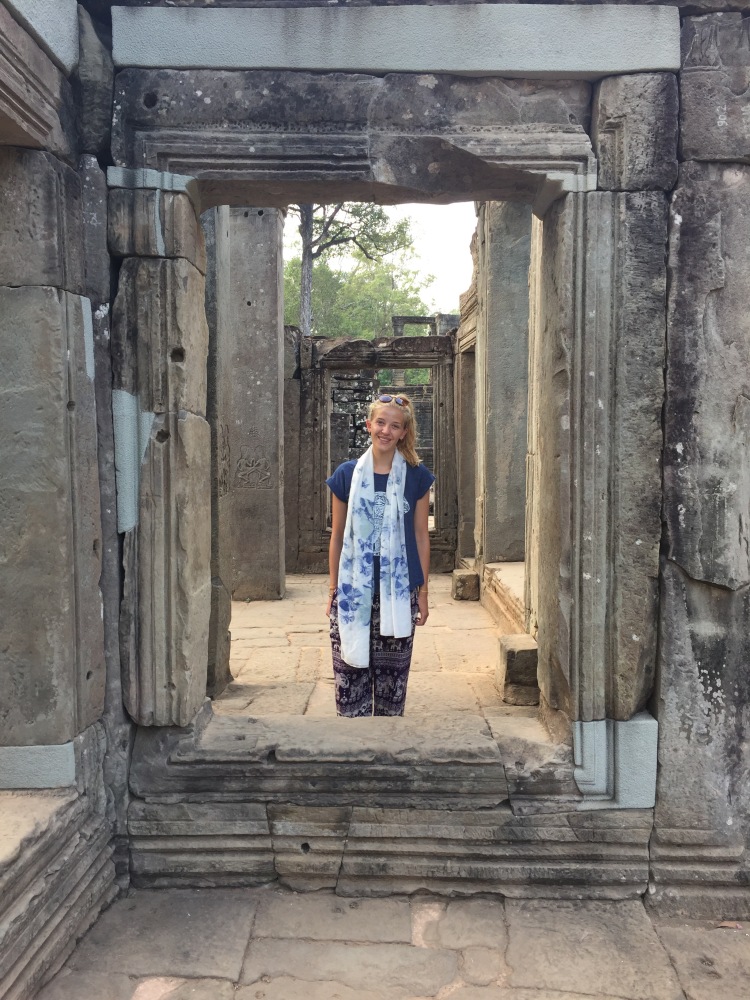 I know that like us, if you do visit Cambodia you will want to go to Angkor Wat and like us you will probably do so regardless of how much it will cost you. But we had spent over $100 before midday and to be perfectly honest it wasn’t even worth half of that. It’s time that the people in charge focussed on the protection and education at Angkor Wat, instead of profit. 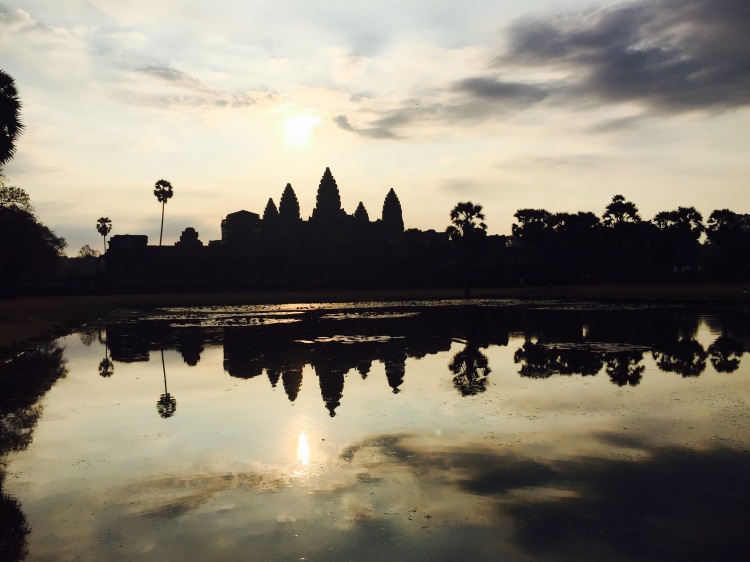