So I haven’t posted in ages….Unfortunately for 5 days after my last post I had a rather nasty stomach bug, which left me mostly confined to a hotel room. I have therefore not done anything remotely exciting to blog about; unless you count watching Pitch Perfect, Miss Universe and White House Down (turns out Vietnam has some great TV on around Lunar New Year). Then since I’ve been better, our wifi has been so shocking that I haven’t been able to upload anything. Typical. So my posts will now be a couple of days out!

Anyway, back on Saturday 28th we flew from Vientiane, Laos to Hanoi, Vietnam. Due to my condition, it was a savings grace that we had decided to fly because my body managed to last the 50 minute flight with no accidents; if we had taken the 24 hour bus I don’t think I would have been so lucky. The flight took 50 minutes and we got free snacks and drinks (UK airlines please take note?!).

Yesterday I finally got out to explore some of the main attractions that we had planned to see, and also got a feel for the city before we moved on. The city is so different from  anywhere else I’ve been so far in Asia. For one the traffic is INSANE; lanes don’t seem to be a thing, the horn is used instead of an indicator and the sheer amount of mopeds on the road makes it almost impossible to cross without being nearly run over. To me it felt like the Asia I always imagined (if that makes sense) and while the road situation leaves much to be desired, the tree lined streets and road side restaurants create this Vietnamese authenticity which I never expected. 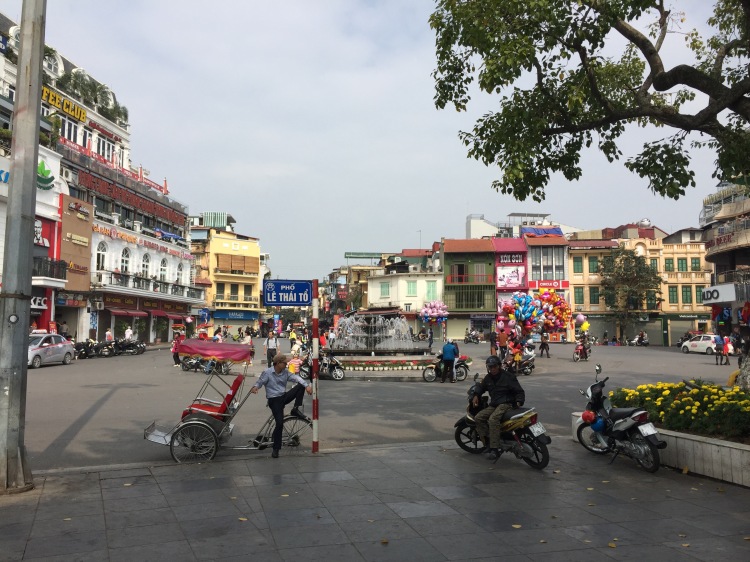 During our day exploring we visited the main lake in the centre of town, a gothic cathedral and the famous ‘Hanoi Hilton’ proper name ‘Hoa Lo Prison’. Hoa Lo Prison was first opened by French colonists and used to keep and punish political prisoners (those that disagreed with their plans). Prisoners were kept in filthy, cramped conditions with illness, torture and death forming an everyday part of life. Later on, the prison was used in a more humane way to keep US prisoners or war. US soldiers played games, had beds and were kept in the most humane conditions as possible during their incarceration.

While I am gutted that we didn’t get explore Hanoi a little more, I am not so sure that we could have done everything we had wanted to anyway. Due to bad timing and lack of research, we landed in Hanoi the day after Vietnamese New Year. This public holiday lasts for two weeks and nearly everything is either closed, on limited opening hours or had hiked their prices up ten-fold. I think this may cause a few issues over the course of our visit to Vietnam so I will keep you posted!